In association with Indo - US Collaboration for Engineering Education 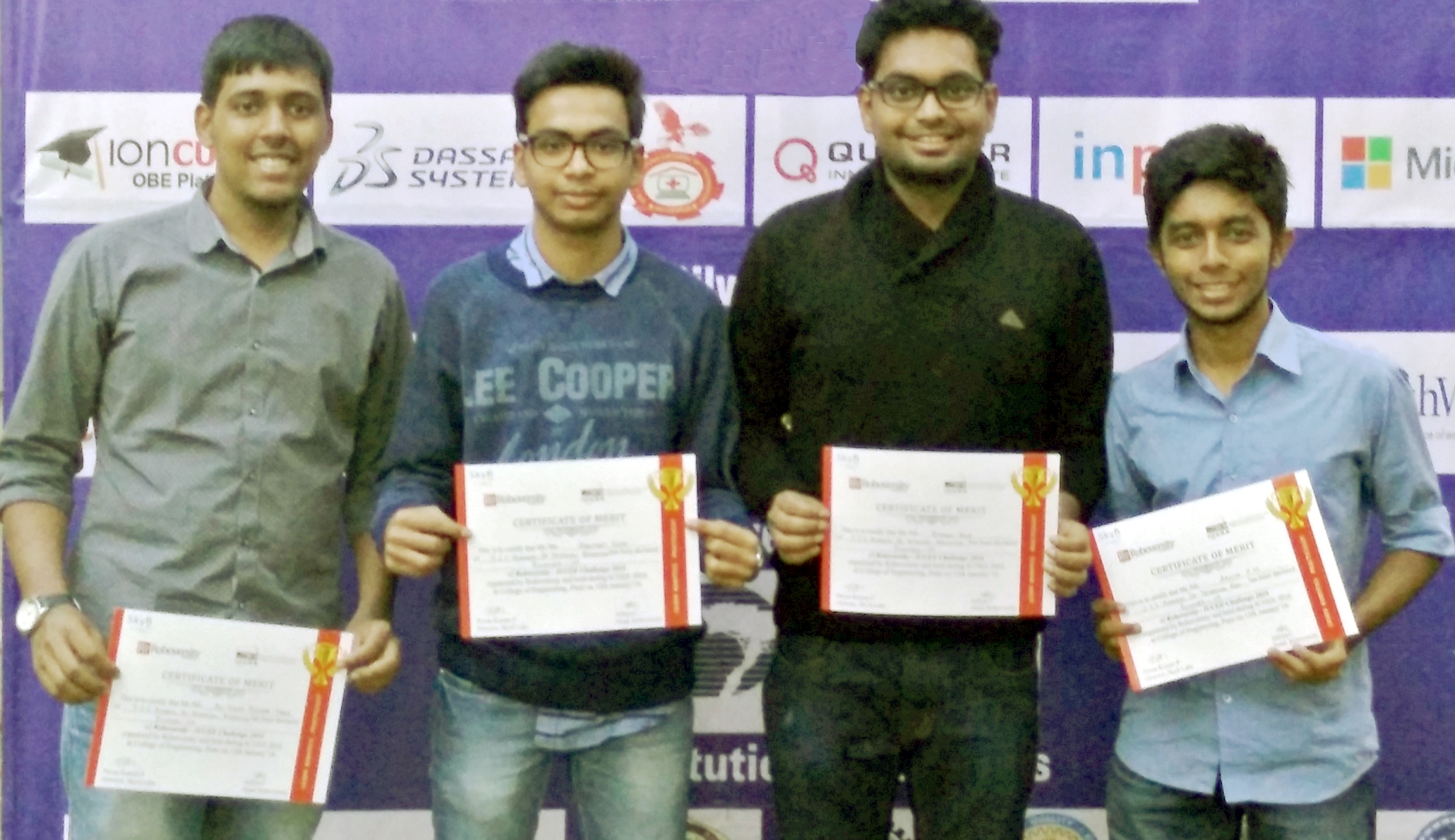 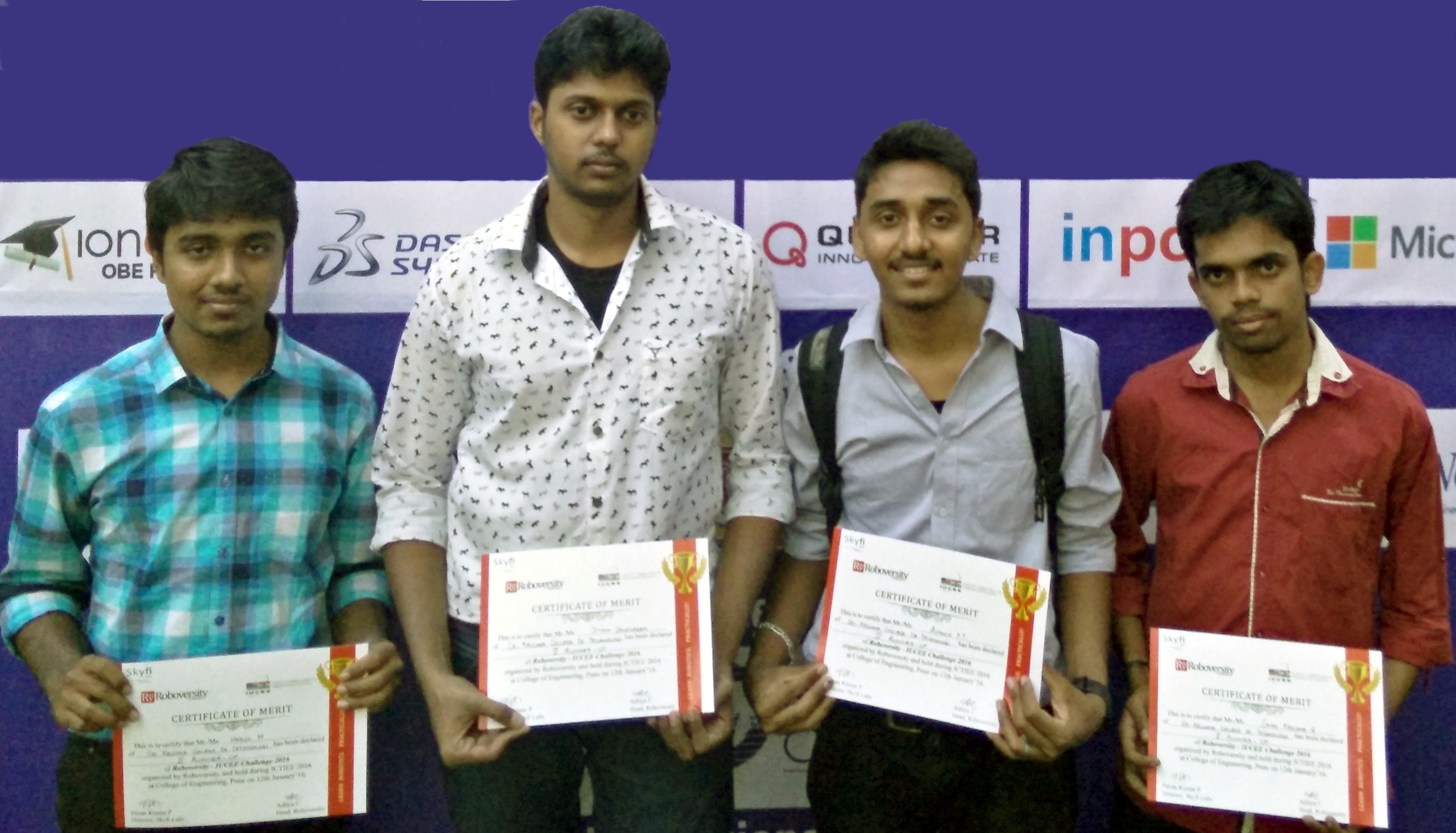 What is this Competition about?

Roboversity in association with IUCEE: Indo - US Collaboration for Engineering Education  proudly presents the Roboversity IUCEE Challenge 2016 - a training and competition series in the field of Human Machine Interaction.

With technology taking rapid strides, quest for machines that closely work with humans is on the rise. It is important for upcoming graduates to know how such machines work. Roboversity IUCEE Challenge 2016 is hence an ideal platform for students to practically learn and innovate in Human Machine Interaction technologies!

Roboversity Gesture Based Robotics Workshops would be organized in various Engineering institutes across India. Students will participate in the workshops being organised to enter the competition. Colleges interested in showcasing the talent of their students can also organize these workshops at their own campuses.

At the end of the workshop, top performing teams would be picked at each location. These teams would be invited to ICTIEE by IUCEE on 12th Jan 2016 at College of Engineering, Pune for the final round. 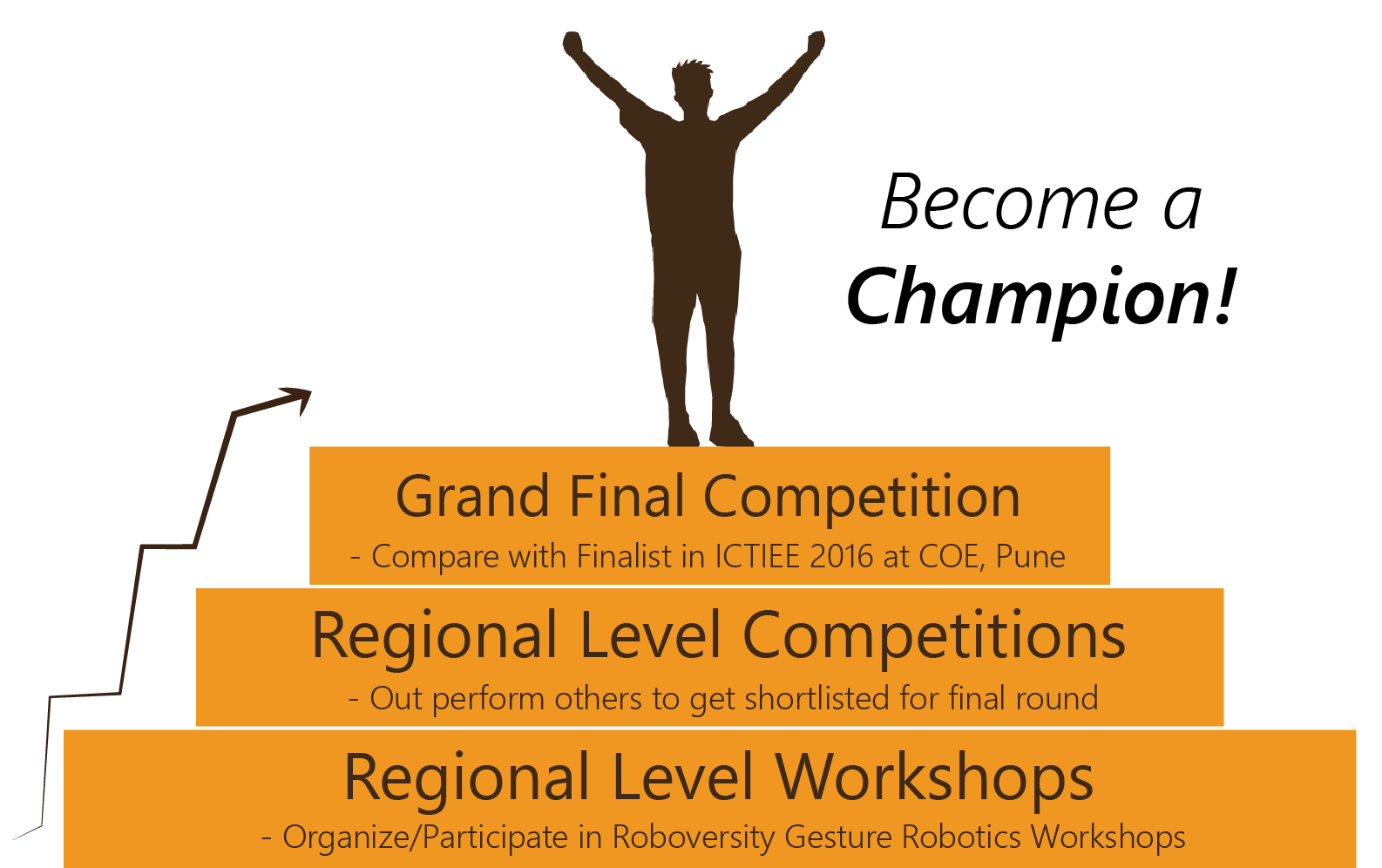 Confirmed Guests of honor for ICTIEE 2016

The first edition of this competition attracted 1100+ students from across India towards renewable energy learning and innovation.

The first edition of this competition attracted 1100+ students from across India towards renewable energy learning and innovation.

All participants will receive participation certificates from

Prize money is awarded to the finalists teams as follows

Leave your comments below..